American Kenpo is a complete street fighting system that can also be very effective in a tournament setting. It works off of a multiple striking theory that incorporates both circles and lines. Therefore, it is a mixture of soft and hard movements, giving you the ultimate benefit of adapting to any given situation. It focuses on defences from all ranges and a multitude of common street attacks.

It is a constant flow of motion created to overwhelm any attacker. Kenpo is known for its explosive speed and power. Since it is based on practical application of self-defence techniques, it is designed to work. Regardless of the individual, Kenpo fits you like a suit Kenpo adapts to any body type and situation! The principles and concepts behind the system provide logical decisions based off using “Point Of Origin, Path of Least Resistance, utilizing the three Body Momentums, Body Alignment. Forward and Reverse Motion” just to name a few.

Therefore, Kenpo is based off of natural weapons, and motion—motion that you use in your everyday life. Kenpo is a complete system that covers from single to multiple strike defence, multiple attackers, weapon attacks from standing to ground fighting defences. In short, no matter what height, weight or body dimensions he or she may have. The art is fit to the individual, which is something few-if any-other arts can claim. The system adapts to the student creating great fighters who are highly skilled in self-defence, and it’s difficult to imagine a martial art that could offer anything more. “It’s not who’s right but who’s left that counts” -Ed Parker 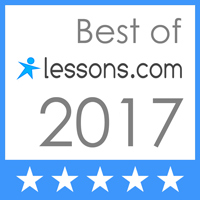